"Ayur” means "life” or “vital energy” and "veda” means “knowledge”. Therefore “Ayurveda” means "life knowledge” given "life” should be considered in a very broad sense, not only as a vital energy and biological life, but also as a higher life and an opening to a higher dimension of the Being.
7

Ayurveda is one of the most ancient medicines in the world. It is a holistic medicine but it is also much more than just a medicine.

It is a whole art of living that encompasses yoga, dietetics, massage, musicotherapy, astrology, daily routine, the bond with cosmos, meditation. Ayurveda takes into account physical, emotional, mental and spiritual elements of life that may lead us to Well-being and harmony.
To put in a nutshell, it is a way of life that inspired Hinduism. Ayurveda considers the Individual as a physical, emotional and psychic whole.

Ayurveda has been recognized as a treatment method by the World Health Organization (WHO) since 1982, but not by all countries such as France, where it hasn’t been recognized yet.

Ayurvedic medicine is one of the most ancient healing systems in the world and it takes into account the body as a whole. It was developped 5000 years ago in India.

Consequently, Ayurveda is considered as an art of a divine origin.  It implies that it has to be practised with nobility and compassion.

It is based upon the belief that Health and Well-being depend on a subtle balance between consciousness, the body and the mind, and that the disorder in that balance results in   illnesses and ailments we suffer from. It relies on precise techniques and exercises, as well as on changes in our lifestyle to improve the global health of individuals.

Its main purpose is to ensure a good health, not to fight illnesses.

Ayurveda mostly focuses on the ground, namely more on the sick than on the sickness. Each of us is in a very unstable balance and we are permanently evolving, depending on our age, our psyche, our environment, our relatives or our professional situation 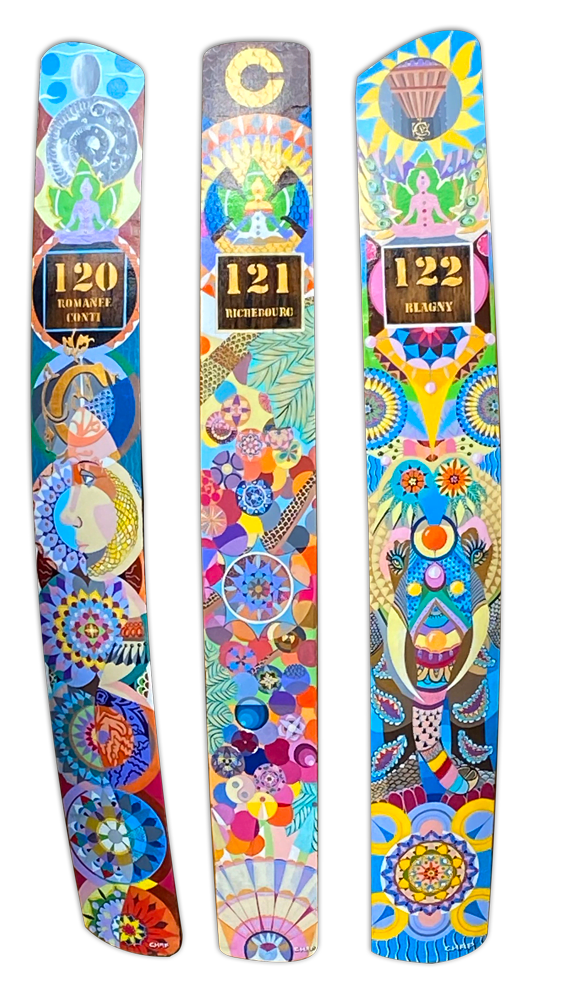 What is my Dosha ?

Ayurveda practitioners think that each individual is composed of the basic elements that are present in the Universe: the Pancha Mahabhutas (five elements) which are often perceived as “tangible elements” that can be found everywhere:

These three elements rule all the biological, psychological and physiological functions of the human body, mind and consciousness.

The human constitution called Prakriti is made up of these three Doshas that belong to each individual.

These three Doshas exist in various proportions, which defines the individual constitution. The great majority of people have a mixed Prakriti, that is to say a mixture of two Doshas, one of both is in more important quantity. More rarely, a Samdosha individual may have three Doshas equally shared.

The 3 doshas are responsible for all physiological and psychological processes of our body and mind. Actually the 3 doshas are not separate energies, but different aspects of a same energy.   They are constantly changing and are permanently balancing one another.

The “imbalance” in Ayurveda

An imbalance in the doshas may result in physical and psychological troubles. The Ayurvedic therapist then aims at rebalancing the doshas.  He deals with the reduction, the allievation, the reinforcement or the aggravation of such or such dosha.

The 3 doshas co-exist in each individual, but in proportions that form a unique combination.  Some people have a dominant dosha over the two other ones, sometimes two doshas are present while the third one remains very discreet: it is exceptional that the three of them be balanced.

A dosha is never good or bad in itself, but it is important to maintain them in the subtle balance that constitutes its deep nature. All the elements that contribute to Health have to be reunited as it is when they are disrupted that the illness process starts: the doshas have to be balanced then.

Each dosha may be disrupted by distinct unhealthy habits which will lead to specific disorders and illnesses: the sicknesses appear when there is an imbalance between the three of them.

Each person is effectively born with a specific blend of the three doshas, but one of them is generally stronger : for an optimum health, the balance of the doshas is crucial and the task of the practitioner consists in helping the patient not to allow one of these doshas to excessively dominate the two others.

These three energies define the personalities of the individuals, depending on which dosha is the strongest in each of us: that one shall determine the body of the individuals, their appetite, their energy level, their moods and their general tendancies. Thus, the Ayurvedic approach comprises the human diversity, then offers its patients tailor-made follow-ups.

Basically, the Ayurvedic medicine seeks to provide the individuals with a new balance through helping them to adapt to natural cycles: hours, seasons…

Phytotherapy and ayurvedic indications: plants are the soul of the earth

In Ayurveda along with phytotherapy, each plant is renowned for particular properties to feed and to cure, but in addition to that, each of them is famous for particular capacities to rebalance the three vital energies called “doshas” in us.

Each plant increases or decreases such dosha or, on the contrary, regulates, soothes, stabilizes or balances such other one…

The physician chooses, according to his patient’s constitution and disorder, the plant(s) that suit(s) them, determines the adequate time for the harvest depending on the energy of the moment, purifies himself before picking it up,  thanks Mother Earth and prays for it before picking up any plant or flower, thanks the plant itself as well as its positive energies. The preparation of the potion or medicine also has to be made according to an appropriate schedule and in a reflection state which is a form of meditation. 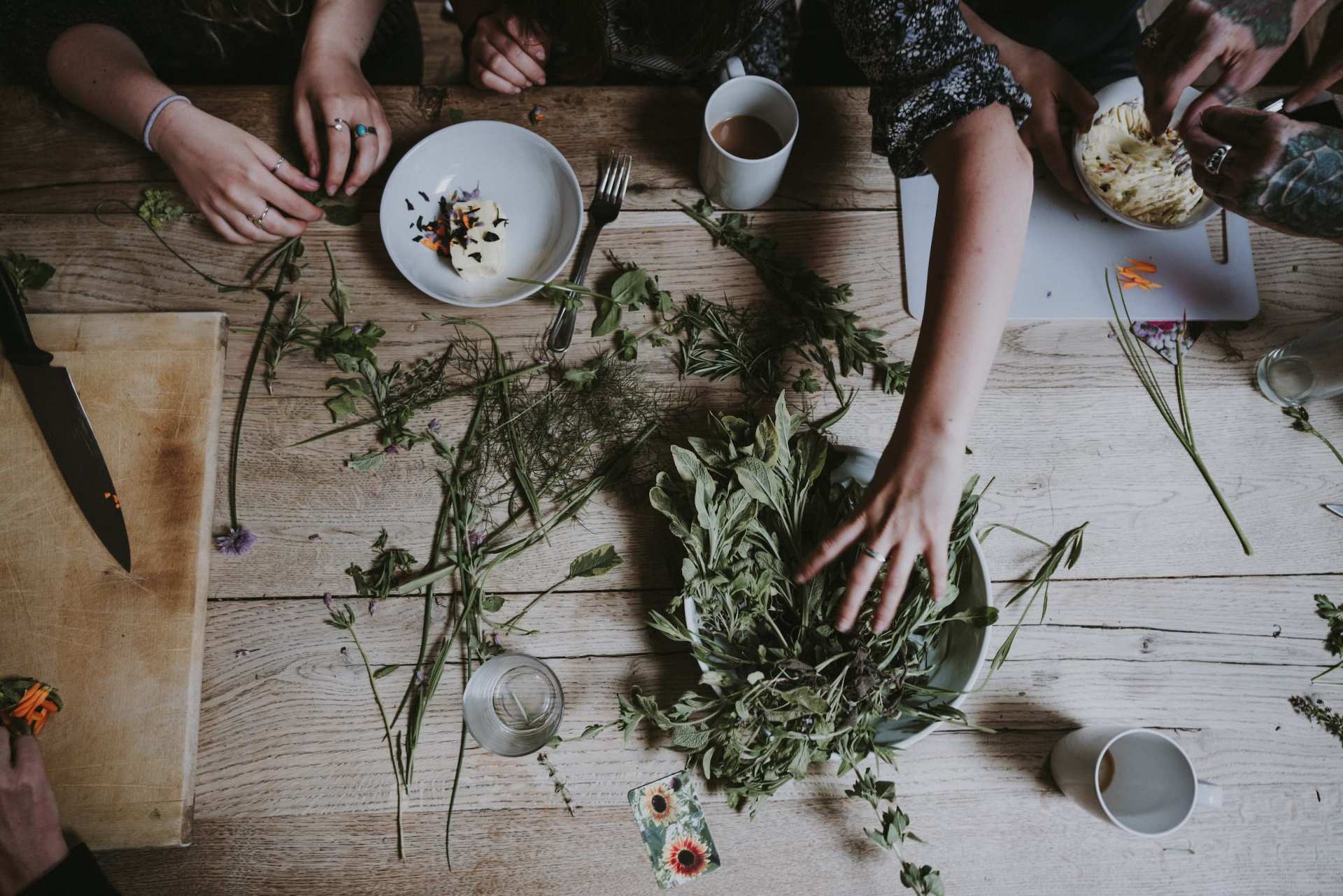 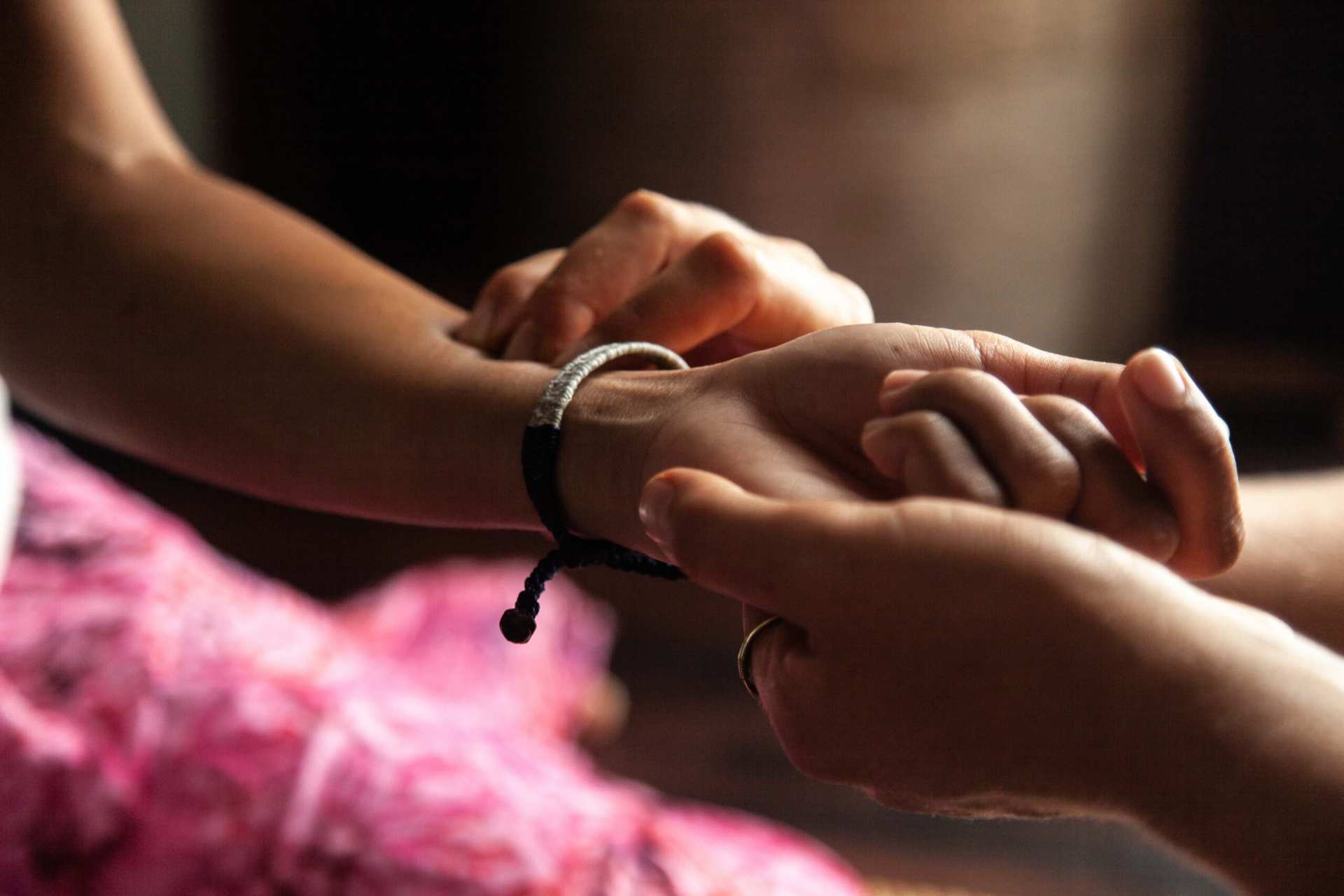 Questionnaires, physical, psychological, and physiological observations, pulse taking allow to carefully define the constitution of a person. Each being, according to their individual constitution  has different needs, strengths and weaknesses. The balance of these doshas is necessary to the good functioning of the human body.

It is up to him to  learn how to know himself in order to live respectfully and harmoniously. Any negligence to the respect of their constitution may entail a disorder called Vikriti that, if not taken into account, may become more and more important and increasingly morbid. It is where the imbalance lies.

Ayurvedic medicine claim that the accumulation of toxins in the body may entail disorders so a thorough cleansing happens to be necessary before any treatment.

This medicine brings a totally different perspective by focusing on a detoxification and deep rebalancing process.

In the Ayurvedic approach, one of the conditions to recover health, is inherent to a deep detoxification process because Ama, a term that stands for toxic substances, is the principal factor for most of illnesses. In Sanskrit, Ama means “ill digested substance”, which indicates that toxins start developping in the digestive system.

Ayurveda considers Ama as a major cause of illness. The sanskrit term includes the body toxins whether caused by external origins or internally produced due to a bad digestion. If you are Vata type, your digestion might tend to be irregular, the Pitta rather has a fast digestion and the Kapha will have a slow one.

The digestion and metabolisation process of food depends on Agni, the digestive fire. After eating, Agni is to sort out by separating the good substances to be kept from the useless ones that have to be eliminated. So Agni is responsible for the nutriments extraction out of foods, their transformation to make them assimilable and their transit towards the routes of bowel movement. When this fire doesn’t burn properly, the digestion is difficult and the foods are not metabolized correctly, residues remain stagnant and Ama appears.

Ama is described as a viscous, sticky, smelly and toxic substance. Firstly, it stays in the intestine where it provokes fermentations and putrefactions. To some extent, the body knows how to handle the presence of Ama. But Ama then may migrate to the blood and secrete toxins that   hinder the flow channels of the body, modify the cell environment and upset the organs functioning. Ayurveda mentions that Ama comes to settle on the walls of the different cavities of the body as well as in the joints. Joint diseases are the expression of what  insidiously happens through the progressive accumulation of the toxins. Therefore, the treatment relies on a strict detoxification of the joints and tissues, which usually allows to bring a rapid relief of the painful symptoms. Then the key shall consist in preventing the accumulation of new toxins by favouring the digestive and metabolic functioning.  At a time when it is clearly established that diet plays a crucial part in a chronic inflammation which is responsible for the destruction of joints. It cannot be denied either that most of chronic illnesses start in the intestine so one may enjoy the visionary quality of that medical science, the foundations of which were laid thousands of years ago.

The therapeutic approach of Ayuverda is crystal clear: it targets the joints, the intestines and the immune sustem. It implies that the origin and the evolution of the disease were already identified, whereas it shall take thousands of years for the Western medicine to set up a similar treatment strategy, once the mechanisms of that auto-immune illness have been scientifically   deciphered.

Different therapies may be used in Ayurveda, the Indian pharmacopeia is extremely rich in anti-inflammatory plants.

Panchakarma: the internal purification of the body

The principal therapy of Ayurveda. Panchakarma stands for 5 processes of detoxification. They aim at fluidizing the areas of toxins accumulation to dislodge them to get them out through the elimination channels and to restore the balance. After a Panchakarma, the responsiveness and efficiency of the previous treatments are more important :

The detoxification processes take place in a specific order following several stages for a precise duration. A cure is personalized and it may resort to all these processes or just some of them.

Some of these processes cannot be practised in France, however the toxin elimination may be conducted appropriately, while respecting the individual and what is allowed.

There are three frequent  protocols that are successfully used. They are carried out in three steps

The first step allows to start the purification, by ceasing to eat foods containing toxins and to stop eating the wrong food combinations. The meals are composed of a unique dish, the Kichari, a complete vegetarian dish that is easy to prepare and to digest. It is said to be tridoshic” as it suits each of the three doshas. Both nutritious and detoxifying, it starts cleansing the body off the toxins that contribute to pains and it restores the body balance.

In the proper Panchakarma step, a purge with castor oil is generally prescribed.  lt allows to accelerate the detox and elimination process. The Ayurvedic physicians compare castor oil to a lion that roars in the Alma jungle. Some studies confirmed its anti-inflammatory properties

The post-cleansing phase is very important, the first thing to do to stabilize the results is to dedicate several days to relaxation and rest, to perform soft exercises, adapted yoga postures, to drink a lot, and to eat  foods adapted to one’s constitution not to let new toxins into the body

Ayurveda also claims that one has to know how to purify not only one’s body, but also one’s mind by taking care of one’s emotional state in particular, thanks to meditation